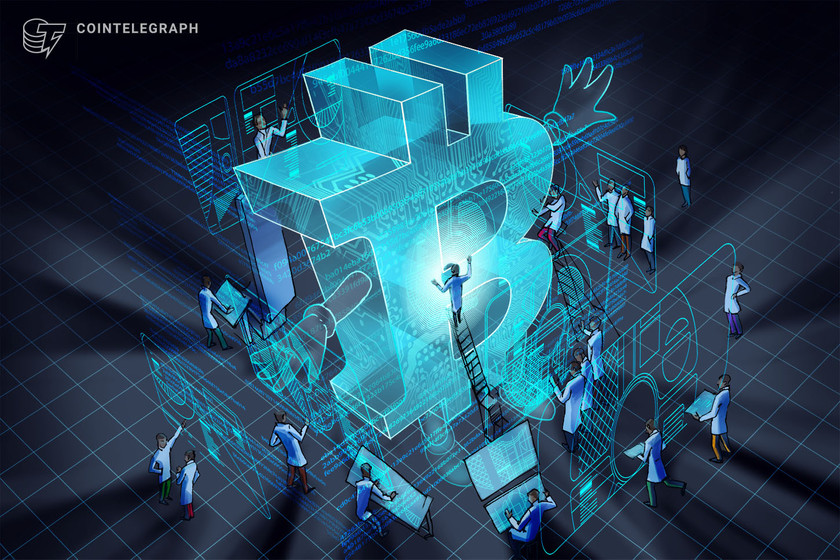 A casual dash over the $25,000 mark is fully retraced as weekend trading produces some classic volatility.

Bitcoin (BTC) spiked through $25,000 for the first time in months on Aug. 14, but traders refused to take any chances on a bull run.

Data from Cointelegraph Markets Pro and TradingView tracked a sudden run-up on BTC/USD, which hit $25,050 on Bitstamp in a $350 hourly candle.

The move took the pair to a new personal best since June 13, erasing more of the losses seen that day in what remains a significant BTC price correction.

For popular Twitter account Il Capo of Crypto, the latest highs appeared to provide the last piece of the puzzle before a new downtrend set in.

Il Capo had previously called for a peak of $25,000-$25,500 before Bitcoin changed direction to head lower.

“$25k reached but no bearish signs yet on ltf,” it added in a subsequent post.

“We could see another leg up to 25400-25500, but imo the top of this bear market rally is very close. Most altcoins are reaching major resistances.”

Cautious too was fellow trader Crypto Tony, who demanded Bitcoin flip its multi-month range resistance at $24,500 to support to consider long positions.

Looking for that range high flip into support before i look to re long legends pic.twitter.com/UQ99hWO8w4

Others were hopeful of trend continuation, including Dave the wave, who eyed encouraging signs on Bitcoin’s moving average convergence divergence (MACD) indicator as proof.

A classic trend indicator, MACD allows traders to measure the strength of a particular chart trend, giving buy and sell signals over multiple timeframes in the process.

“Plenty of upward pressure building at a level of resistance,” he summarized on the day.

“Weekly MACD about to cross from an over-sold position well below the zero-line. Bullish.”

A more modest spike meanwhile played out for largest altcoin Ethere (ETH), which managed $2,030 on the day.

After passing the $2,000 mark for the first time since May earlier in the weekend, ETH/USD appeared to be in consolidatory mode with no significant momentum continuing.

Looking forward, however, there were plenty of traders willing to bet on bullish times ahead.

“We continue to follow the structure of the last cycle perfectly and most people are still in disbelief. $5.000 Dollar (+) for $ETH isn’t just a meme,” Moustache argued alongside a comparative chart of Ethereum now versus 2016-17,

Should a retracement set in, meanwhile, Jackis eyed old resistance on the ETH/BTC pair as an entry point.

How can anyone be bearish on #Ethereum & #ETH / #BTC here is beyond me.

This is the macro chart and we just got a 2M breaker.

Bullish for the next two years pic.twitter.com/CYRxNaMfLF

ETH/USD still circled $2,000 at the time of writing, with ETH/BTC hitting 8-month highs.

The views and opinions expressed here are solely those of the author and do not necessarily reflect the views of Cointelegraph.com. Every investment and trading move involves risk, you should conduct your own research when making a decision.

Cryptocurrency Is Losing Popularity as Investment Vehicle in US, According to Bankrate Survey